Go back to grid

Emergencies are messy, complex and chaotic. People’s lives are threatened, families shattered and the future is uncertain. The needs are often huge.

Médecins Sans Frontières/Doctors Without Borders (MSF) is designed to respond fast – we have a network of medics and aid experts across some 70 countries. Our financial independence means we can act rapidly, without waiting for governments or other institutions to release funds.

This reach and independence means we will always try to help the people in greatest need, rather than tailoring our response to the demands of funders, politicians or the media. People come first.

"Humanitarianism is not a tool to end war or create peace. It is a citizen's response to political failure."

Our teams are often the first on the scene.

After Cyclone Idai hit southern Africa in 2019, our emergency response teams were on their way within hours.

During the early months of the Ebola outbreak in West Africa from 2014, in many areas, our teams provided the only medical care, and MSF was the leading voice demanding the world’s attention.

After the devastating Haiti earthquake of 2010, we treated the first survivors within minutes.

Our focus is emergency response. But emergencies don’t always happen suddenly or hit the headlines.

We have worked in some countries – such as Myanmar and Sudan – for more than 30 years, helping generations access healthcare.

In many places where we work there are no other healthcare providers or aid organisations. In other places, we work closely with ministries of health or other partners to ensure the best care for our patients.

Since our founding in 1971, we have built a network of individuals that connects supporters with medics and patients to help the people in greatest need.

Five decades on, we have more than 45,000 staff around the world. These individuals own and run MSF, making collective decisions and shaping the future of the MSF movement.

And we are funded by millions of individual supporters, allowing us to respond quickly and remain fiercely independent.

Our approach does not always sit comfortably with the usual charity sector style.

We never launch an emergency appeal unless we are certain we can spend the money on that specific crisis; there are no asterisks or hidden disclaimers diverting money to other parts of the organisation.

We’ve even offered money back when public generosity has outstripped the response or else made sure our supporters were happy for their money to be spent elsewhere.

Except for emergency appeals, we ask that people give to our general funds, contributing to an emergency reserve that is ready to use when a disaster strikes.

In the UK, nearly100 percent of our funds come from individual supporters – they are essential members of the MSF network.

Between August and October, an MSF feeding centre in Herat had to more than double its capacity to make way for children requiring admission

Protecting people who use drugs from harm and providing them with care not only addresses their needs but is also essential to combatting the spread of HIV, hepatitis C and other bloodborne diseases 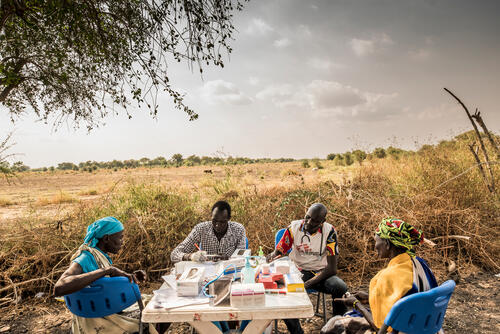 Listen in on a discussion about COP26, why MSF was a part of it, and what the MSF delegates attending the summit learned from their participation

Gaza: Inside the specialist surgical unit rebuilding lives after gunshots

At Al-Awda Hospital, an expert team is helping patients recover from catastrophic injuries

In a country with only one radiotherapy machine, breast cancer has become a chronic crisis

We are participating at COP26 where we are sharing the concerns of the communities we serve.

To mark World Mental Health Day, we look at the unseen emergency happening in eastern Ukraine

More than 400,000 people have been cut-off from healthcare by unseasonal rains

More than 2,000 patients treated as deadly outbreak brought under control in Popokabaka